My view on the Agriculture Bill 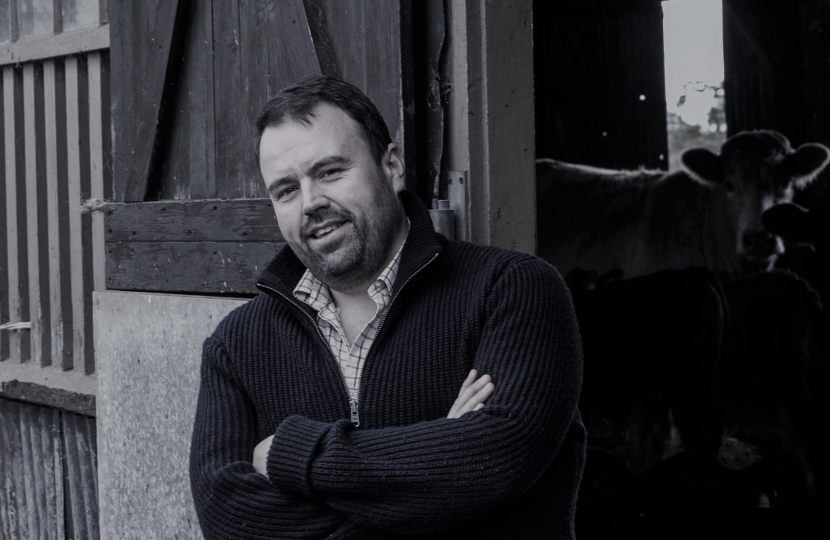 As the only new Member of Parliament who lives on a farm, I offer my view on the Agriculture Bill as a tenant beef farmer’s son; who has lived and breathed rural West Dorset farming for most of my life – including during the very difficult ups and downs of the 1990s.

There are broadly two primary concerns about this Bill and I would like to address them both:

Contrary to reports, at the third reading of this Bill in the House of Commons on 13th May, I voted against the Government in favour of an amendment tabled by Neil Parish MP about standards. I was, at that time, concerned that the Government was not doing enough to ensure the welfare of animals abroad, nor adequately protecting our farmers.

But at the last reading of the Lords Amendments in the House of Commons on 20th October, I voted in support of the Government on these amendments – and as I intend to do this coming week, unless anything substantial changes before then.

Why did I change my vote?

At the third reading, there was no real assurance in my mind on future trade deal scrutiny, to ensure our farmers are not undercut. However, after the third reading, the Government announced a Trade and Agriculture Commission, as requested by the National Farmers’ Union. On 1st November, the Trade and Agriculture Commission was extended and put on a full statutory footing in the Trade Bill, ensuring that trade deals are scrutinised in the interests of farmers.

I have also conducted further research which changed not only my view but that of a number of my colleagues across Somerset and Devon. They all, like me, supported the amendment at the third reading.

The risk of sub-standard food imports

I have reassured many times, and will do so again, that Britain already bans chlorine-washed chicken and hormone-injected beef imports.

When Parliament passed the EU Withdrawal Bill earlier this year, in Section 3, we put all EU regulations into UK law. This includes the laws that determine hormone-injected beef and chlorinated chicken imports are banned. Anyone who suggests that these prohibited foods can be imported is either uninformed about the issue or being dishonest. I called out the Labour Party for its persistent dishonesty about this matter in the House of Commons on Friday 23rd October. Furthermore, if anyone says that the Government can simply change these standards, that is equally untrue. These rules can only be changed by a vote in Parliament on legislation.

If you require further evidence of this and want to verify these facts online, the regulation preventing chlorinated chicken is EC No 852/2004 and the law banning beef produced using artificial growth hormones is EU law 2003/74/EC.

Consequences of accepting the Lords amendments

The amendments that the Lords proposed have been put forward with the United States in mind. However, the consequences for poorer nations with whom we trade, whose own domestic standards and ecosystems are quite different to our own, would be immense.

If, for example, we wished to continue importing bananas from the Dominican Republic or Belize, or coffee from Vietnam or Ghana (as we do under EU rules at present), those countries would, under the requirements imposed by Lords amendments 12 and 16, have to demonstrate absolute compliance with thousands of pages of UK domestic law – much of which has been enacted to reflect our own specific geography and ecosystem. For example, the UK’s climate and geography necessitate extremely strict regulations governing nitrate concentration in our soil and the processes by which hedgerows are maintained. In a UK context, those regulations are vital.

However, to require countries with very different ecosystems to meet our standards would not protect the integrity of those standards. Indeed, by forcing countries to comply, in return for continued access to UK markets, we could actually dilute their own standards. This would, of course, prove a real barrier to trade – and the reciprocal ability for UK agricultural businesses to export in parallel. Continued access to international markets is critical for the UK if we are to ensure the prosperity of our food production and agricultural sectors. Given that the UK’s agricultural exports are worth more than £20bn, imposing such requirements could destroy the viability of farms and businesses across the country and certainly within our part of Dorset. It would also push the poorest nations into deeper poverty, with them being unable to match such standards, creating a possible loss of trade and even economic failure.

I am concerned that there is an absence of understanding of the real-world consequences of this debate, which I myself have had to learn. It is naïve of us to think that we would be able to have an exporting deal with nations if we insist on mandating their standards. This is not currently the case with any EU deal and it is not permitted in any case by the WTO, despite the EU being keen to do so internally. The irony is that we already import foods from the EU and elsewhere which is produced to standards different than our own.

The National Farmers’ Union has voiced its concern about trade deals undercutting farmers. They have asked for a Trade and Agriculture Commission and, after further discussion, the Government has conceded to this.

The Commission has established three working groups, covering consumers, competitiveness and standards, to ensure we retain those protections upon which farmers, food producers and the public depend, Although, when it comes to the NFU, I am increasingly wary of the lobbying being undertaken which actually does not have the consumer in mind.

Risk of farmers being undercut

The other primary concern is that farmers will be undercut by cheaper imports to the UK, thus reducing the demand for their own products. This is, again, primarily targeted to the United States as the country of concern, and in particular when it comes to beef. There are, however, a few facts we should bear in mind:

The price of US beef is currently 6% higher than in the EU; market economics alone means our UK market will not be flooded with US beef.

The price is especially relevant to the current tariff on beef into the US which is currently set at 27% and the average tariff on British cheese is 17%. Bad news for American consumers and bad news for British farmers, which is why a trade deal will be beneficial to both of us.

The US has recently allowed the sale of British beef to the US market for the first time since its ban following BSE. There is an estimated £66m deal to be had with the US on exporting British beef.

The US is the second largest importer of lamb. There is currently a ban on UK-imported lamb into the US and a deal could scrap this ban too.

The UK’s pork exports to the US grew by almost 20% last year. UK pork, to the value of £30m is currently exported to the US, with the possibility of much more.

I cannot see a case for us to vote for these amendments when, if they were to come into force, it would not only stop these economically advantageous opportunities from being realised, but massively harm our farming sector.

My commitment to West Dorset’s farmers

My family has farmed in West Dorset for more than one hundred years and my support for our hardworking farming families is unwavering. The night before the general election I was calving – and there are few MPs who can say that!

I chose the second reading of the Agriculture Bill in February as my maiden speech, during which I defended our farmers as guardians of the countryside and the environment, calling for fairness in the supply chain and assistance during a time of exceptional market disturbance.

I have lobbied to get support for dairy farmers, raising questions in the House of Commons in April and working behind the scenes for a UK-wide support fund for dairy farmers to help mitigate the damaging effects of coronavirus.

In May I voted against the Government with the ‘Neil Parish amendment’ to the Agriculture Bill, to guarantee our food imports would meet the UK’s high standards for the environment, animal welfare and food safety, so that progress would be made in better food labelling and on a trade commission which was not on the table at that time. I will certainly not support any legislation which dilutes our existing high standards and exposes our farmers to unfair competition.

I hope this gives a little more context for my vote on the Lords amendments relating to food standards and explains why, having carefully examined our current and future protections, and considering the possible damaging consequences of the amendments – it would have been wrong for me to support them.  I will continue to do all I can to ensure that our existing food standards are strengthened and maintained and to support the world-beating food and drink that is produced on our farms and in our factories here in the UK

The Agriculture Bill is in Parliament at the moment and in the House of Commons on Wednesday 4th November. You can follow its progress if you CLICK HERE 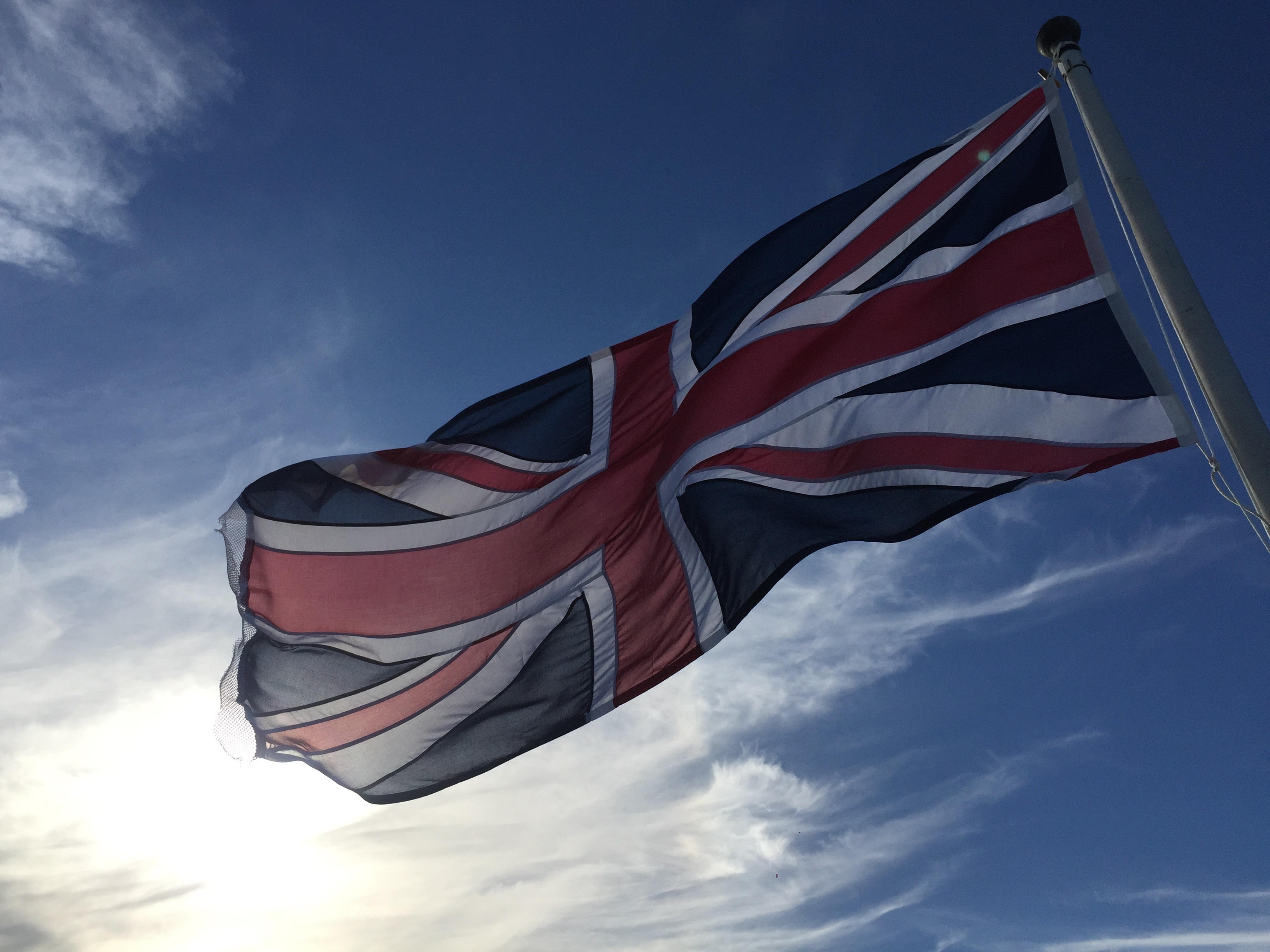