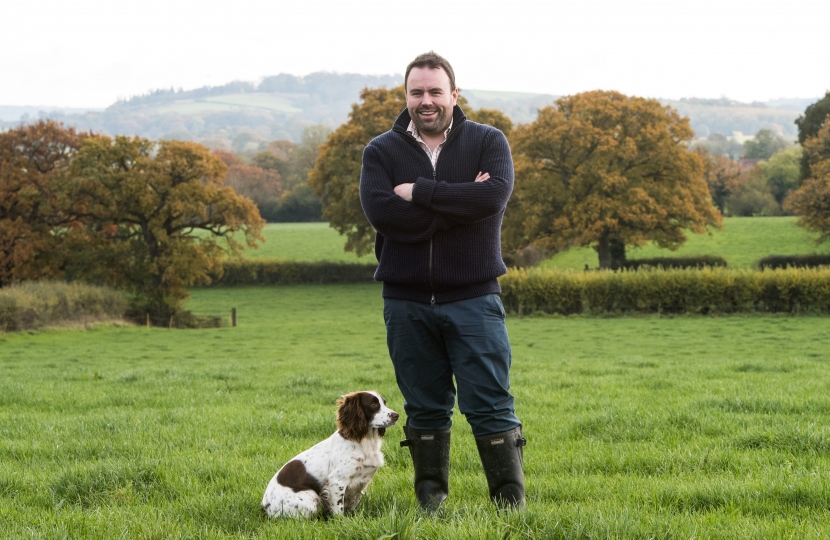 I am delighted to have successfully changed the law with the Animal Welfare (Sentencing) Act 2021. This new Act, which was signed into law by Her Majesty The Queen on 29th April increases the maximum penalty for certain offences under the Animal Welfare Act 2006 tenfold, from six months to up to five years. This new law increases the maximum for animal cruelty tenfold, from six months to up to five years. This will ensure that the punishment equals the severity of the crime and deter would-be animal abusers. It has taken months of hard work to achieve this new law, with coronavirus disruption to the Parliamentary timetable presenting many hurdles to overcome. The Bill was signed into law just hours before the end of the Parliamentary Session when, if not having achieved Royal Assent, the Bill would have fallen.

My own dog, Poppy, was my inspiration for bringing forward this new law. The Springer Spaniel was cruelly abandoned at the roadside in West Dorset in January 2019 when I found her and brought her home to my family farm. We are renowned as a nation of animal lovers and I believe that Britain can now take the lead on global standards for animal welfare. It is high time as a nation that we take the lead on global standards for animal welfare and hand down tougher custodial sentences for those who inflict the worst kinds of cruelty on innocent animals. My Act, which I’m pleased has cross-party support and is fully endorsed by the RSPCA and other animal welfare charities, delivers a strong message to animal abusers that their behaviour will no longer be tolerated.

Despite this large win for animal welfare, the fight to protect animals is not over. I will continue to work hard for animals, and I will continue campaigning on othe rimportant issues including non-stun slaughter and live animal exports

You can track the progression of the Bill here:

Read the Bill as introduced:

To read the full Government report on the Bill CLICK HERE 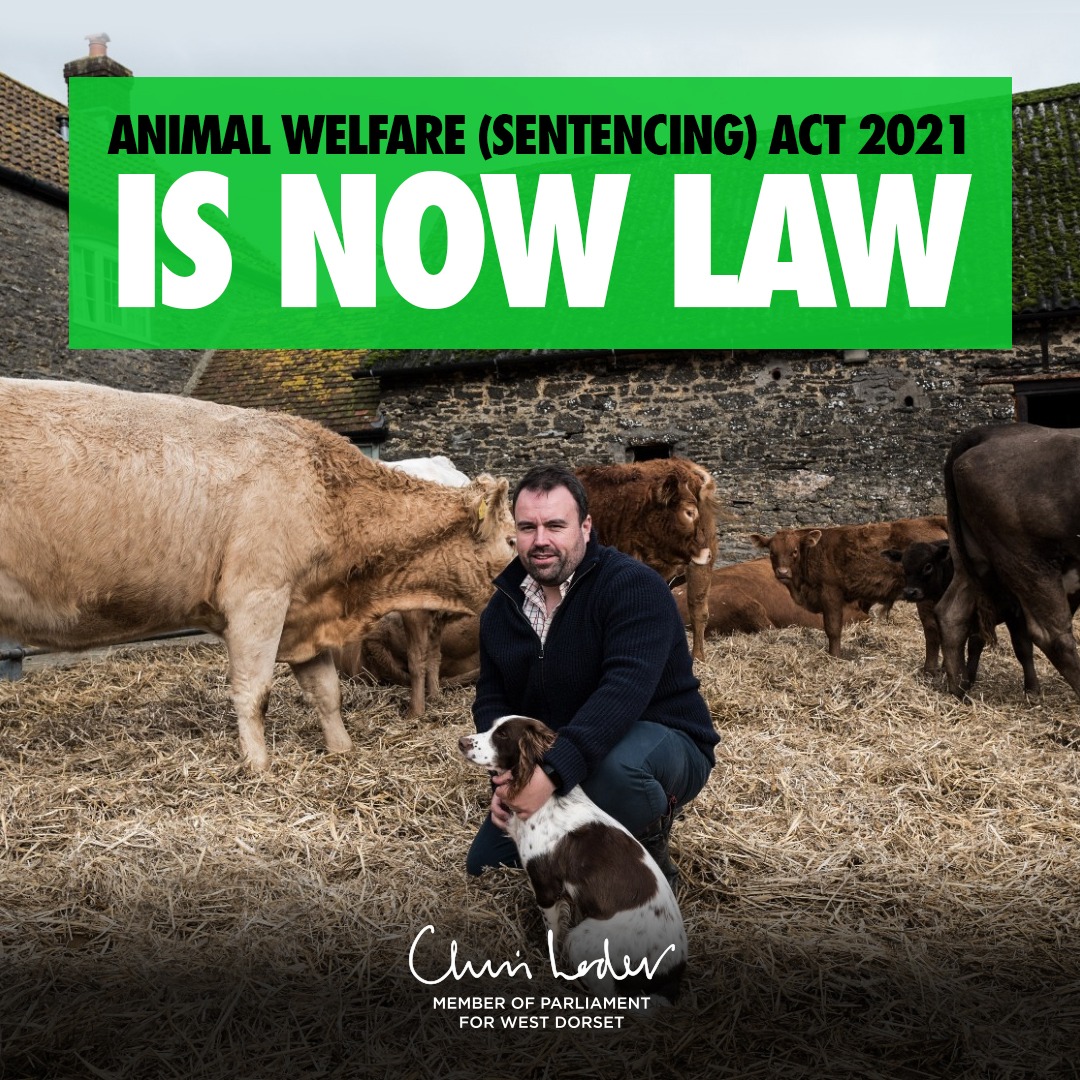 I am delighted to have successfully changed the law with the Animal Welfare (Sentencing) Act 2021.

Lord Randall of Uxbridge kindly congratulated me on on pushing my Animal Welfare (Sentencing) Bill through Parliament. There have been many pandemic-related challenges, but I'm delighted that the Bill has now completed all stages in both the House of Commons and House of Lords.

Chris's Animal Welfare Bill approved by both Houses of Parliament

My Animal Welfare (Sentencing) Bill have sucessfully completed passage through the Houses of Parliament. The Bill completed its Third Reading in the House of Lords this afternoon and will now be taken to Her Majesty the Queen to give her Royal Assent.