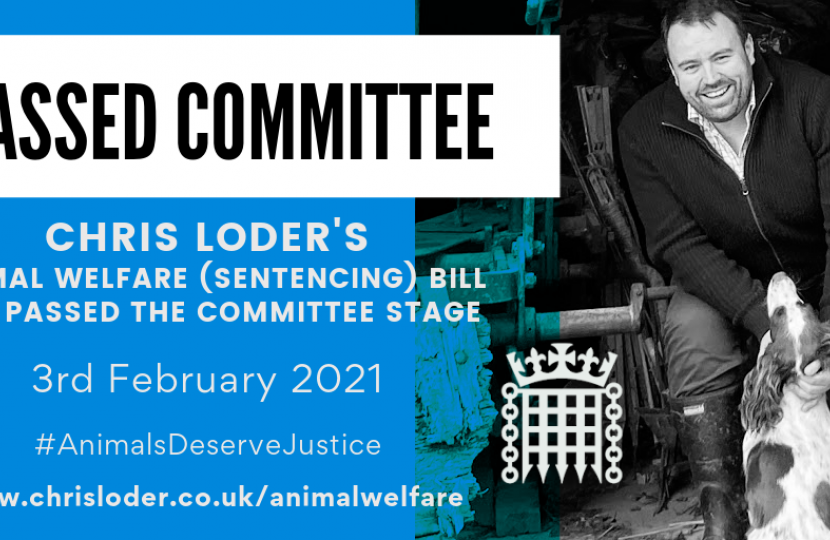 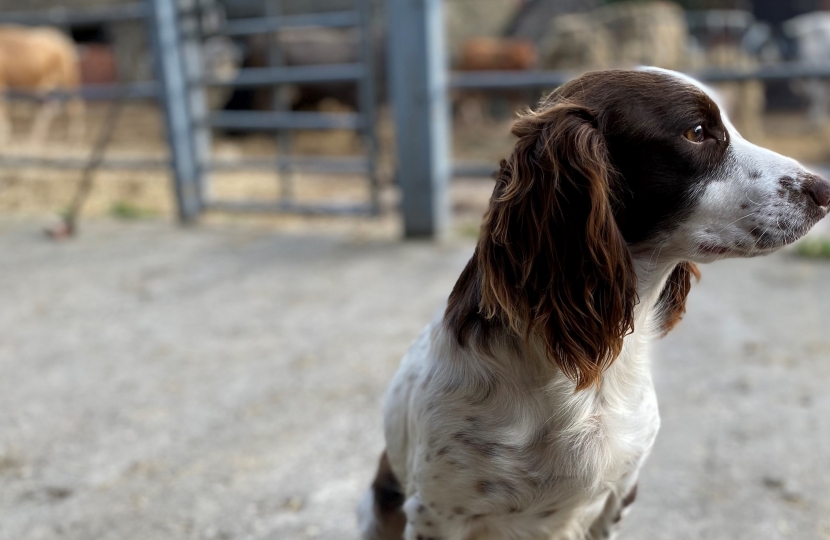 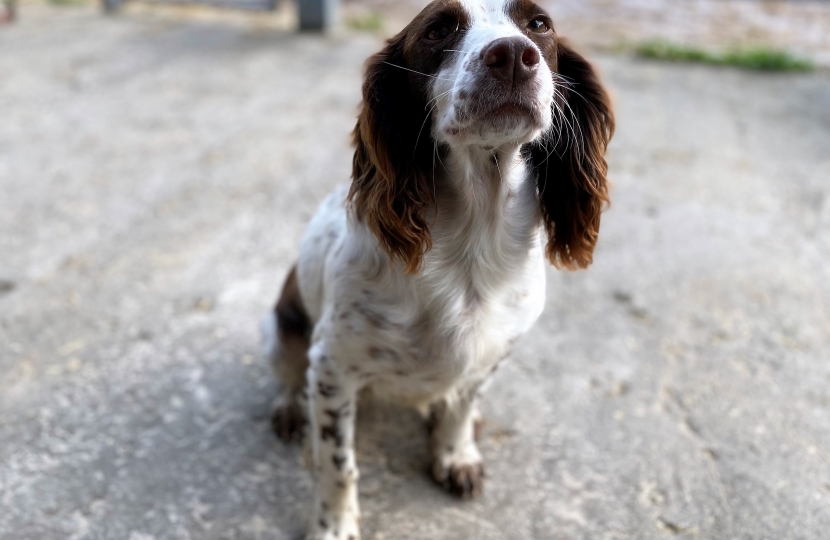 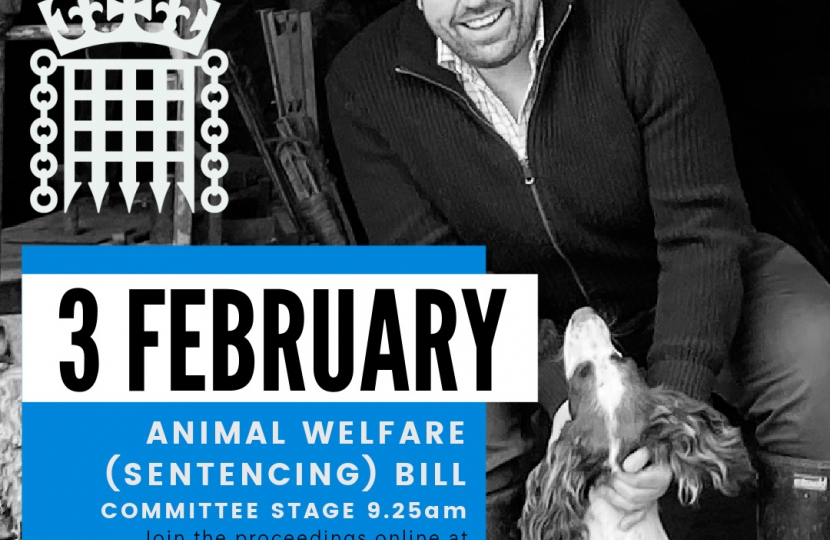 Today in the House of Commons, West Dorset MP Chris Loder spoke during the Committee stage of his Animal Welfare (Sentencing) Bill.

Following the proceedings he said:

"Today, in the House of Commons, we are one step closer to increasing tenfold the maximum custodial penalty for those who abuse animals. The UK has some of the highest animal welfare standards in the world, but in terms of penalties we are currently amongst the lowest. I am so pleased that this Bill is making progress today, sending a clear signal to potential offenders that there is no place for animal cruelty in this country." 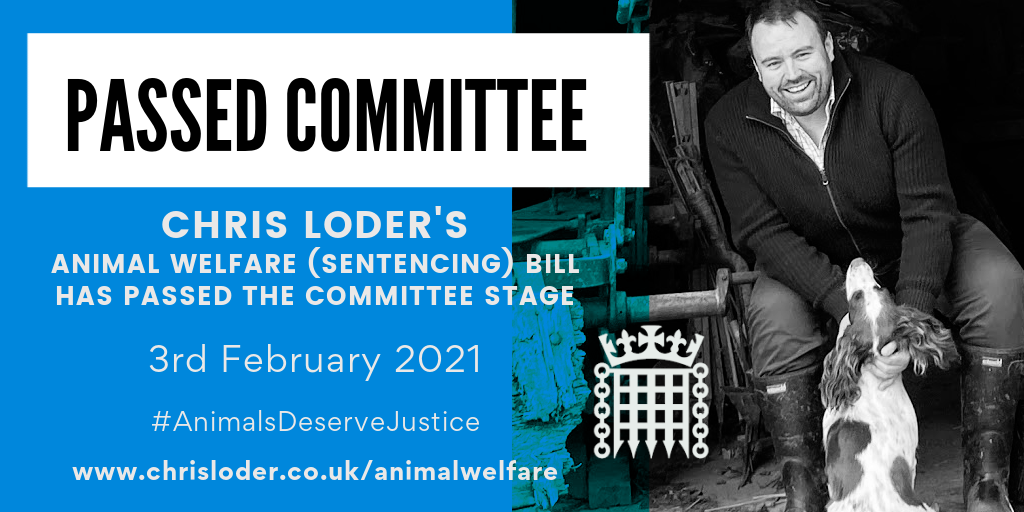 As this year continues to involve, I have made various speeches in the House of Commons from topics ranging from Animal Welfare to ....