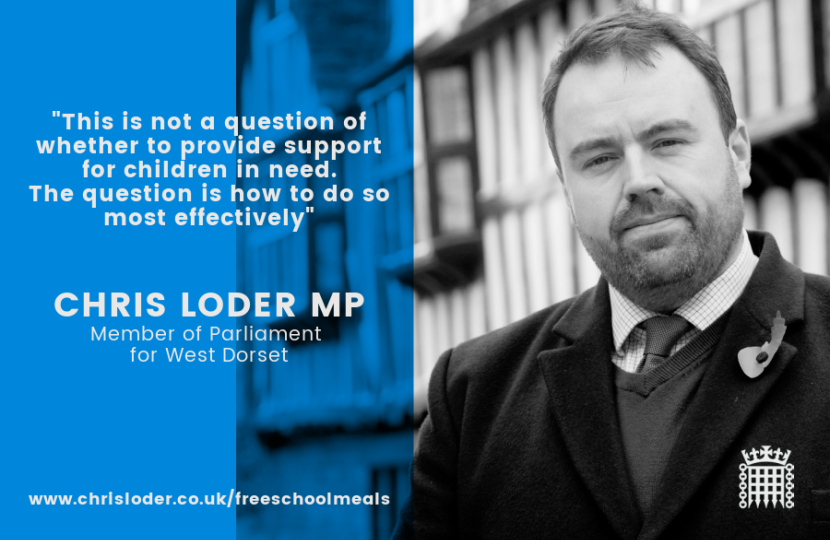 For the latest information on the Government's wraparound schemes to support disadvantaged children and families this winter and through 2021, visit: https://www.chrisloder.co.uk/families

Many constituents have been in touch and shared their views with me on the Labour Party’s Opposition Day motion in Parliament on 21st October, which called on the Government ‘to continue directly funding provision of free school meals over the school holidays until Easter 2021’.

Parliament voted by majority against this motion, as indeed did I. Some have since tried to make this a very divisive issue within communities, and I would like to explain why I voted as I did.

What the Opposition Day motion means

Opposition Day motions allow the Opposition to make political points. This motion was not a vote about a legislative Bill that could have helped children living in poverty. In fact, this motion was non-binding - so even if MPs had voted for it, in itself, this would not have changed anything.

Contrary to the press narrative, the position of my political opponents and those reacting to headlines rather than researching the facts, this is not about the provision of free meals at school for children who need them. Schools will continue to provide free meals to the children of those families being most in need during term time and that is not going to change.

How the Government is supporting families

We must help families who are unable to meet their children’s food needs during the school holidays and the Government is doing that, but it is not for schools to shoulder that administrative responsibility or cost. The education budget is there to educate.

In the summer, the Government launched the Covid Summer Food Fund, an exceptional fund to cover the 2020 summer holiday period only, with payments met centrally by the Department for Education. This provided certainty to families while ordinary schooling was disrupted, at a time when we didn’t know when all children would safely return to school. Calls for this holiday scheme to be repeated, when schools are fully open, does not take into account the additional welfare support Government has also put in place.

It is this Conservative Government that, for the first time, introduced meals support for families in need during school holidays. This started at Easter and was extended to the summer holidays and the Government continues to support these families as I have outlined below.

Government's extra support for Dorset Council to reach the most needy

On Tuesday 20th October, before the Labour Party motion in Parliament, Dorset Council was awarded an additional £1.3 million of un-ringfenced public money, after much lobbying by me as your MP, to help it prioritise vital services and protect the most vulnerable families in coming months. Contrary to the statements of many, who purport to know more than me about this, this was not pre-planned money to local authorities and it was hard won.

Dorset Council has since confirmed that it ‘knows who are the most vulnerable children and has support in place for them’ and, with the additional funding in place, it launched a communications initiative over the weekend to encourage any families struggling for access to food during the school holidays to call its helpline on 01305 221000 between 8.30am-5pm Monday to Friday.

The Government has also recognised how difficult this period is for some families and has helped by increasing financial support through Universal Credit with a one-off £1,000 top-up, paid in equal monthly instalments until next April, to help them in this respect. This has meant that the Government has set aside an additional £9 billion to help those families in the greatest of need.

In addition, the Government has invested £12 million this year in the National Schools Breakfast Programme, extending the pilot to 2021, and helping some of our most disadvantaged families.

Supporting children in the most effective way

I know full well that we have child poverty here in West Dorset. Before becoming an MP, I myself raised thousands of pounds to help support families in need. I also know that many charities and schools do much to help. Our welfare support mechanisms should be, and are, helping with this.

Dorset Council is taking the lead on reaching out to families in most need at this very moment. Our Council is best placed to offer this support and the Government is ensuring they have the money to do so. This is not a question of whether to provide support for children in need – the question is how to do so most effectively.

So, in response to those who say I want children in West Dorset to starve or I don’t believe in helping them – nothing could be further from the truth. If the welfare system needs to be changed or improved, I shall be very pleased to push for these reforms. I shall do so based on the experience of those constituents who tell me that the system is not working for them and their families; rather than on the view of others who have simply followed politically-motivated headlines.

I am moved, once again, by the level of community response to support others. It does, in itself, speak so highly of what our communities and businesses are willing to do – as indeed they have stepped up to do throughout this crisis. In addition, schemes such as the Government’s Food Charities Grants Fund and the Dorset Coronavirus Community Fund, which is also supported by the Government through Dorset Council, is helping. A new round of grant funding, launched on 26th October, continues to help our local charitable food initiatives to be well prepared for calls on their services at this time.

I hope this sets out my thoughts on this matter, as well as what the Government has done, is doing and will continue to do. 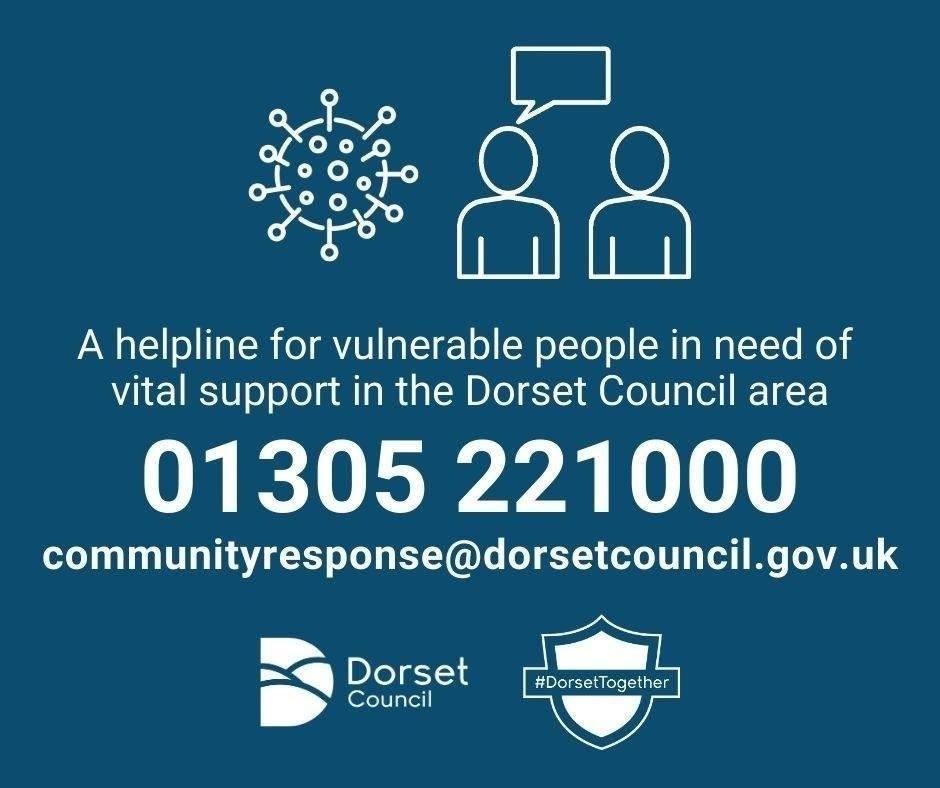