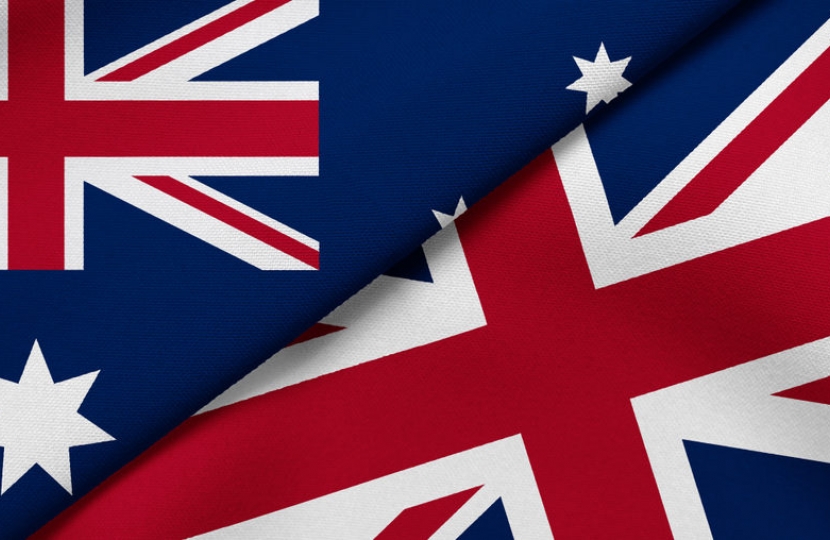 The MP says: “Australia and the UK have a close bilateral relationship, underpinned by our shared heritage and common values. We already have substantial trade and investment links with Australia but there is room for further growth in agricultural trade. I was glad of this opportunity to discuss reducing trade barriers with Australia for the future benefit of both our nations”.

Chris Loder, who previously met with the Australian High Commissioner in June to discuss animal welfare, says that Australia shares the same philosophy and approach as the UK on this. The MP, whose Animal Welfare Bill had its second reading in Parliament last month, says “Australia’s animal welfare regulation is equal to, and in some cases more stringent than, European regulation. This will be an important factor in our future trade negotiations.”