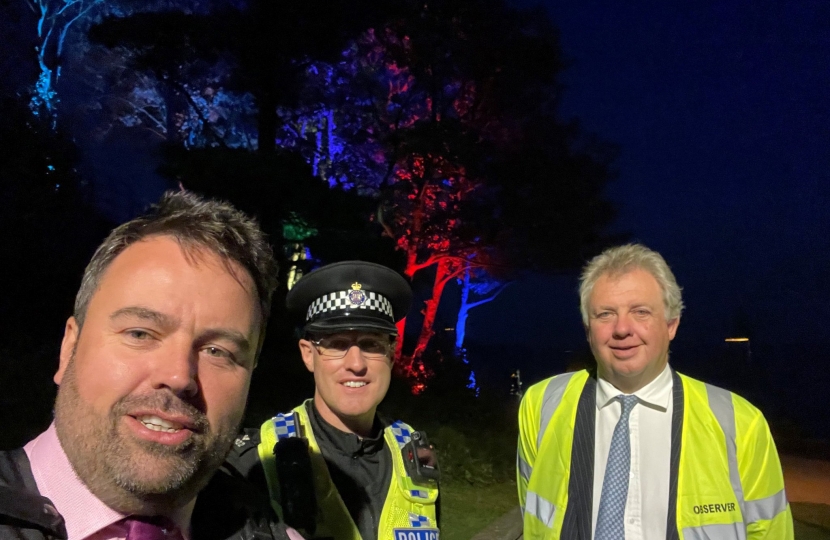 West Dorset MP Chris Loder has challenged Dorset Police and the new Police Commissioner to ensure that Lyme Regis received a greater priority in Dorset policing whilst joining them on patrol out on the beat in Langmoor Gardens and on Monmouth beach ensuring we get our fair share of resources from the Police.

Chris believes more needs to be done to clamp down on anti-social behaviour and drug dealing in the area which also led to an evening patrol in Bridport later in the evening.

Chris said “antisocial behaviour and drug dealing is a blight on our communities, and it needs to be addressed. Antisocial behaviour goes hand in hand with crime and causes wanton grief and disturbance for decent members of the community.”

Many issues were raised by Chris during the patrol: discussing efforts already taken between Councils and Dorset Police, such as additional security patrols in Lyme Regis, and what additional efforts can be taken in the future to combat the threat of antisocial behaviour ad county lines drug trafficking.