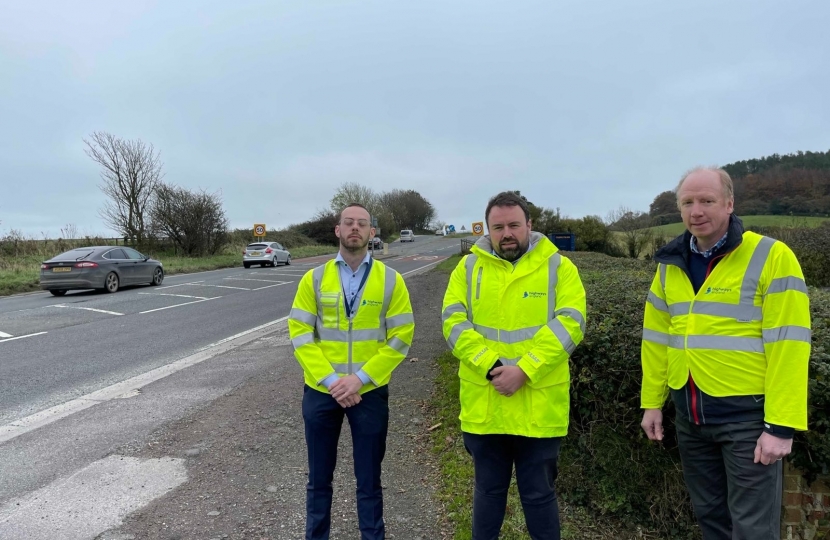 West Dorset MP Chris Loder summoned National Highways to an urgent summit on Friday 19th November to discuss safety and maintenance issues along with the A35 following another serious accident on the road the previous week.

Chris has identified a number of safety issues with the A35 with National Highways that have been logged and prioritised. Condition of the road, gullies, white lines, signage and ‘cats eyes’ are just some.

The meeting came following the completion of the resurfacing east of Stinsford and the drainage work at Monkey’s Jump Roundabout to address flooding, following the MPs last A-Road taskforce summit earlier this year.

Chris says; “there are too many accidents on the A35 and with considerable flooding only last week at Winterbourne Abbas, its time that National Highways takes this road seriously. My A-Road taskforce will continue to push would considerable safety and surface improvements."