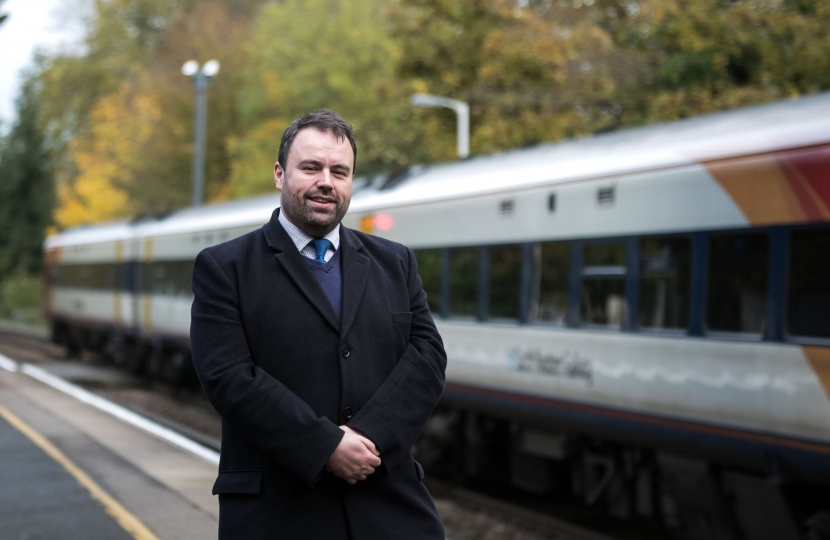 West Dorset MP Chris Loder has welcomed the news that South Western Railway is to re-introduce two trains per hour from Weymouth to London Waterloo. This comes on top of major improvements to Weymouth station and forecourt as part of Dorset Coastal Forum’s forecourt upgrade scheme.  The MP has campaigned extensively for greater rail service provision not just in West Dorset but across the region.

Mr Loder said; “After years of campaigning, I am delighted to see major improvements to Weymouth station and we have finally got our two trains per hour back between Weymouth, Dorchester and London aswell! It is an important boost to our summer economy for West Dorset and I’m grateful to the railway for finally getting the station fit to welcome thousands of visitors to one of the nicest beaches in the country”

Last year, Mr Loder held a summit in Weymouth alongside South Dorset MP Richard Drax to highlight the issues facing Weymouth and Dorchester South Stations, including the condition of the Station buildings and canopies which Mr Loder is “delighted” to see progress, but the campaign for Dorchester South station continues.