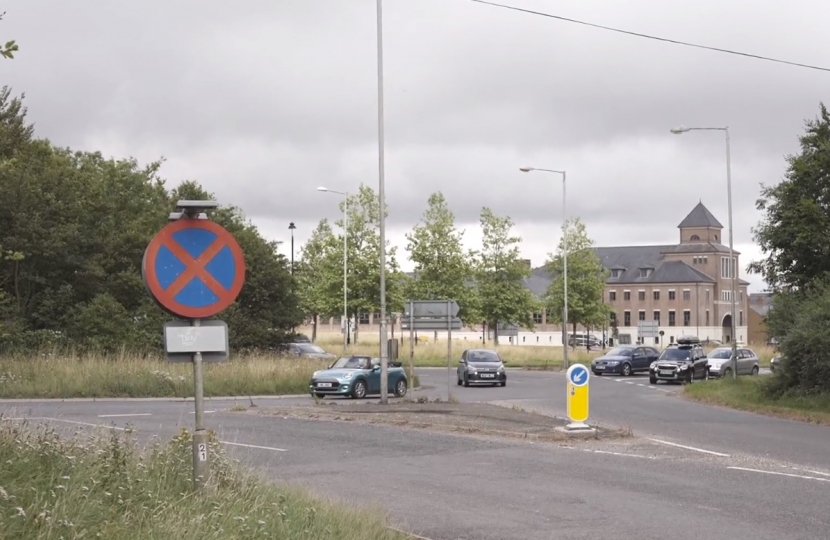 With a new road surface now applied and road markings completed, it is hoped that the roundabout’s status as a notorious flooding hotspot will be over.

Chris said, “National Highways confirmed to me last week that drainage works for Monkeys Jump Roundabout have been completed as part of phase 1 of remedial works to the roundabout.”

A new system of drains, pipes and soakaways have now been installed to alleviate the dangerous flooding situation that has been afflicting motorists for many years.

Chris continued; “during the first meeting of my A-roads taskforce, I was told that we might expect to wait until April 2022 before action is taken on this. I publicly challenged Highways England on this and offered my assistance with securing funds and lobbying to secure action. Therefore, I am very pleased that this effort has paid off, and the roundabout is much safer as a result”.

A further programme of works will continue to improve the aesthetics of the roundabout through landscaping, as well as creating additional drainage ponds to safeguard the roundabout from 1 in 100-year flooding events.