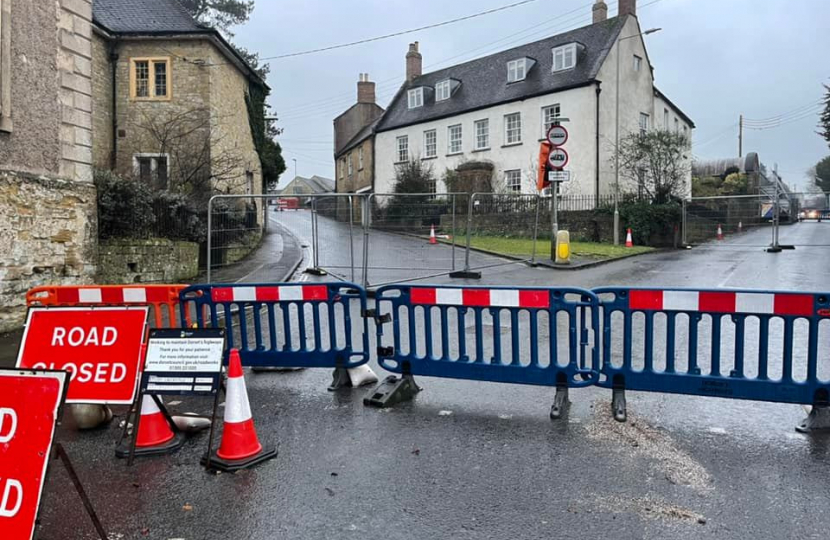 West Dorset MP Chris Loder has welcomed the news that the A30 at Kitt Hill, Sherborne, is to be re-opened following the MPs considerable campaign against the “unacceptable” road situation that was planned to continue until September 2023.

This follows Mr Loder’s petition to re-open Cornhill, which attracted the support of 700+ people, and resulted in an open letter to Sherborne Councillor Matt Hall, urging him to support re-opening of Cornhill.

Mr Loder said; “I have long argued for Cornhill to be re-opened. I held a summit with the Chief Executive and Leader of the Council some 10 days ago to find a way to directly intervene with this situation. As a result, we have found practical steps to ease the traffic burden in Sherborne which has adversely impacted so many lives, even though Cllr Hall was unable to offer his support following the petition I sent.

More work will continue until the road is fully open as experts continue to work on a solution to secure the wall.

Mr Loder continued: ‘I hope the businesses in Sherborne will see an improvement in their business now that the A30 is reopened and that the traffic congestion throughout the town will be much improved as a result’.