MPs mobilise APPG to get railway businesses back on track 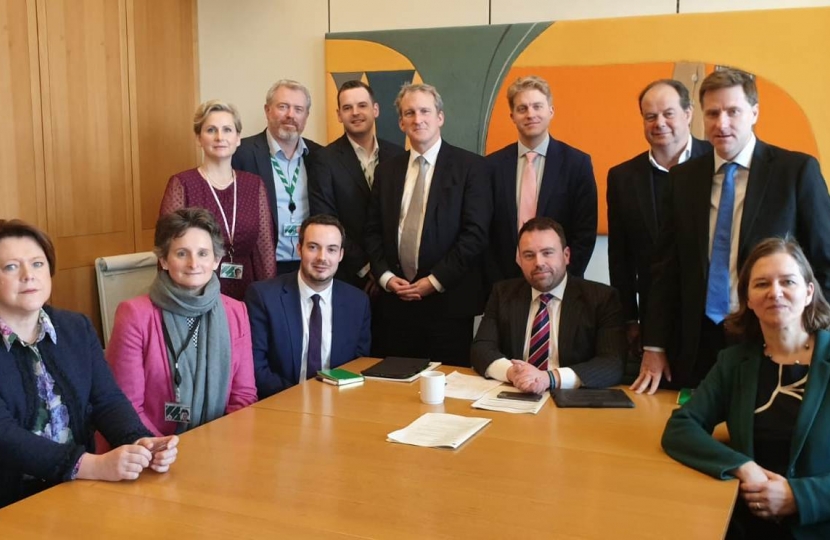 In a bold new step forward, members of Parliament met yesterday to agree a clear agenda going forward to hold rail companies to account for poor service in the South Western Railway area.

Despite ongoing re-assurances, rail performance is at a low point, timetable commitments are not being delivered and a month-long strike (with some communities not receiving a train service for more than four weeks) has now brought this issue to a head. MPs are losing confidence in the companies to deliver the service that passengers and constituents expect and have now formed an All Party Parliamentary Group (APPG) will begin its work shortly, with the support and involvement of scores of MPs, to directly hold the railway to account for its delivery.

Leading this innovation is the West Dorset MP Chris Loder who was elected chairman at the inaugural APPG meeting. The MP, who himself helped to keep passengers moving on South Western Railway by stepping in as a replacement train guard during December’s guards strike by members of the RMT trade union, said: ‘This fresh, new parliament is championing constituents and rail travellers like never before by joining forces to get the railway back on track’.

The group of 15 MPs has directly agreed a comprehensive but succinct business agenda to scrutinise the rail industry in an unprecedented step forward. That agenda includes:

This is the second group mobilisation of MPs in rail in a month as the HS2 Review Group heads to Downing Street next week to directly lobby the Prime Minister on the future of HS2.

The Department for Transport and Secretary of State for Transport, The Rt Hon Grant Shapps MP, has provided an update on South Western Railway and outlines precautionary measures being taken by the department to ensure the continuation of services https://www.gov.uk/government/speeches/rail-update-on-south-western-railway