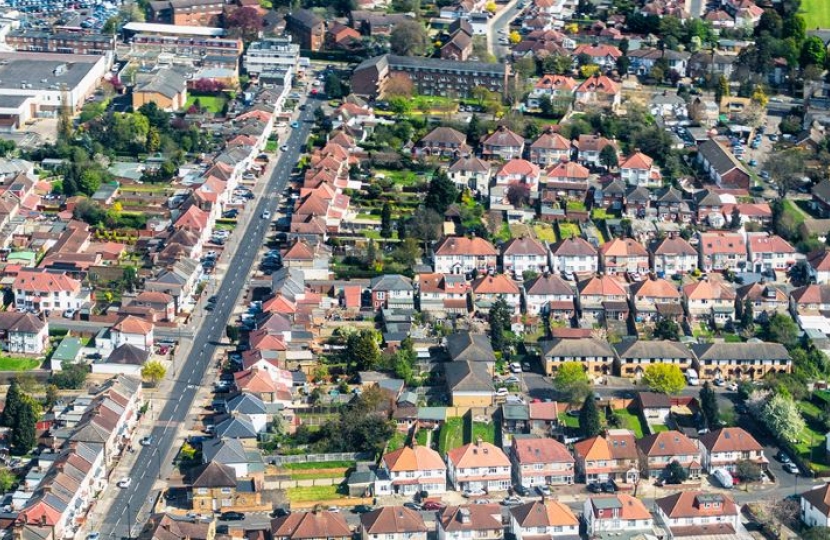 The Conservatives are today setting out how a Conservative majority government would deliver more houses, help more people buy their own home and deliver a fairer deal for renters. One million new houses were delivered in the last five years, including a quarter of a million homes last year – the highest in almost 30 years.

Building on this achievement, the Conservatives will:

At the moment, renters can struggle to find money for the deposit on a new property while they still have money tied up in the deposit on their previous property. Under the Conservatives, renters will be able to have Lifetime Rental Deposits which can be transferred from one rental property to another, making the process of moving home easier and cheaper.

This is in addition to a ban on so-called “no fault evictions”, which can cause anxiety for renters and leave them unable to challenge their eviction.

“The Conservatives have always been the party of homeownership, but under a Conservative majority government in 2020 we can and will do even more to ensure everyone can get on and realise their dream of owning their home. At the moment renting a property can also be an uncertain and unsettling business, and the costs of deposits make it harder to move. We are going to fix that.

“A Conservative majority government will empower renters and give them greater peace of mind. We will end no fault evictions, so that landlords can’t remove tenants without good reason, and introduce Lifetime Rental Deposits so renters don’t have to save up for a new deposit while their money is tied up in an old one.

“It’s because we will get Brexit done that we can focus on helping people get on the property ladder or move up it, whereas Labour’s plans for two chaotic referendums would hold this country back.”

“A Conservative majority Government will make sure we have the homes we need in every part of the country. We delivered one million homes in the last five years and we’ll deliver at least another million in the next five years.

“We’ll help renters make the leap onto the housing ladder and we’ll provide discounts for first time buyers in their local areas.

“It’s only by getting Brexit done with the Conservatives that we can concentrate on growing the number of homes and homeowners – whereas Labour would dither and delay for another year in pursuit of two more chaotic referendums.”

Affordable homes for a sustainable future with new housing that supports our local town and village economies. No to mass developments. Anti-Norchester.