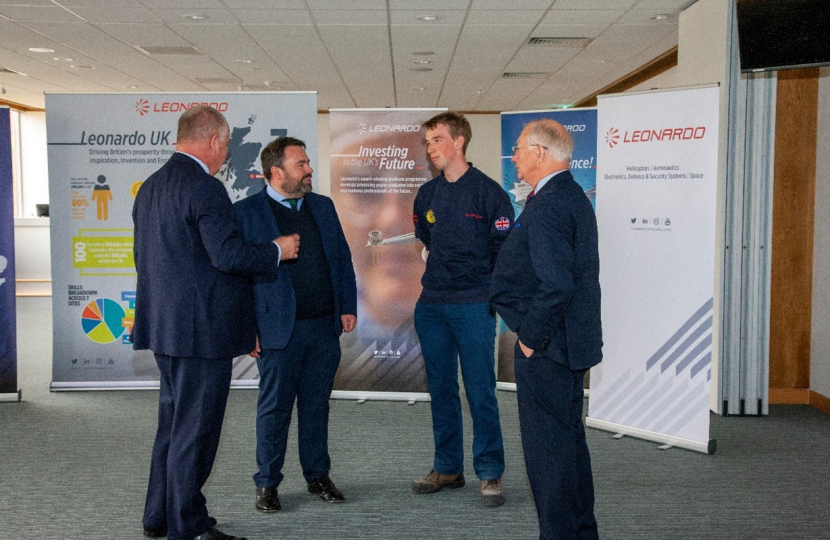 West Dorset MP Chris Loder has championed the Yeovil based helicopter manufacturing firm Leonardo for its support and encouragement for hundreds of young people within West Dorset seeking an engineering career.

While visiting the Yeovil site on the 22nd April, Mr Loder met minister for International Trade, Lord Grimstone along with several young people from West Dorset at various stages of training and employment with Leonardo, to discuss the future of the business and growing the of issues surrounding engineering careers, and how the Government can help further support the British engineering industry.

Mr Loder said: It is clear that Leonardo places a special emphasis on training and employing local staff, with exceptional support for young people across West Dorset. Leonardo has been engaging with Local Schools. It was in really good to meet engineering trainees from my own school too.”

Mr Loder has spoken several times in the House of Commons on the vital role played by Leonardo, both as a world leading manufacturing business and a valued local employer who contribute substantially in the local economy and the career progression of many young people in West Dorset.