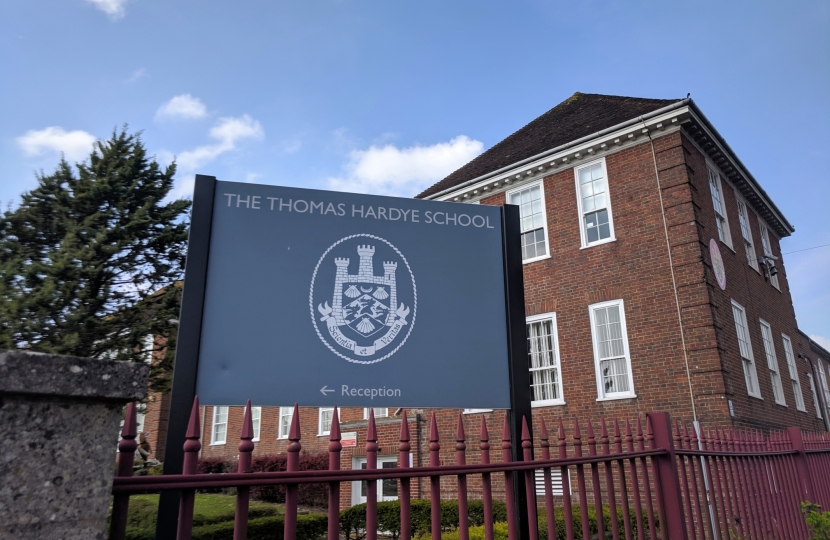 MP Chris Loder says today’s Government announcement (on 5th August) of yet another major investment in West Dorset schools is “Brilliant news for local education and proves that a strong voice in Westminster gets results’.

Speaking in the House of Commons last month, Chris Loder said West Dorset needed to receive its ‘fair share of funding’ across the board, especially when it comes to infrastructure and skills investment. The MP has also petitioned the Education Secretary Gavin Williamson on a number of occasions, pushing for a stronger focus on our schools and education.

As a result, the Government has announced that the Thomas Hardye School, Dorchester Middle School, St Mary's Middle School, Puddletown, and Bridport Primary School have together been awarded £1.3 million funding to upgrade facilities and improve school buildings.

Chris Loder says: “This week we have had a total of £4.8m confirmed investment in our education facilities here in West Dorset. This major new funding will enable schools to focus on teaching, with better facilities so that every pupil gets the highest standard of education they deserve. However, we are still working on further support for children with special educational needs and disabilities (SEND) and I’m hopeful we will make progress there too”.

I am delighted to have successfully changed the law with the Animal Welfare (Sentencing) Act 2021.