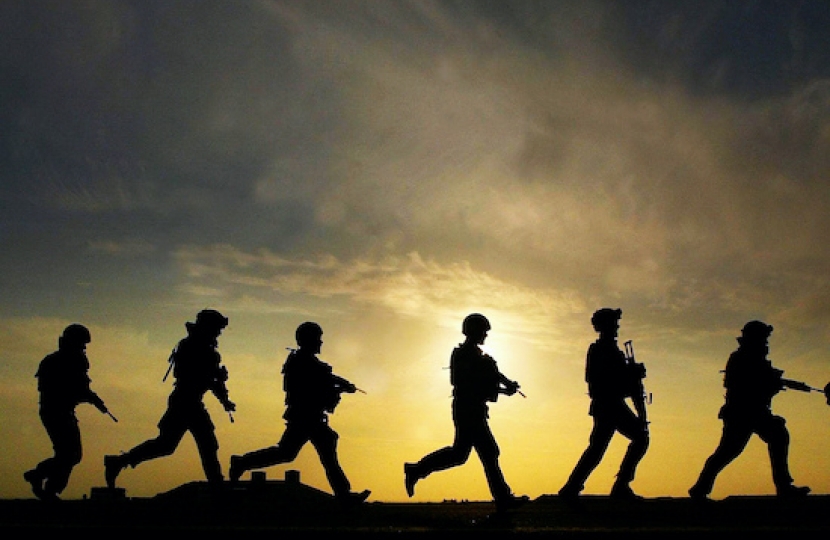 The Overseas Operations (Service Personnel and Veterans) Bill is a Ministry of Defence Bill that was introduced to the House of Commons on 18th March 2020.

The Bill has raised some concerns among people that it will give armed forces personnel an effective blanket immunity from any crimes committed, and condones war crimes and torture. This is entirely not the case, and I hope this explainer addresses some of those concerns while explaining where some of them originated.

The Bill seeks to address the issue of baseless claims being brought against armed forces personnel repeatedly, and protecting people who have served our country from protracted threat of prosecution when there is no basis for it. The rise of ‘lawfare’ – bringing cases without merit as a result of events in combat – makes it difficult for serving personnel to do their jobs if the threat of potential prosecution hangs over them. Of course, genuine crimes committed will be prosecuted and if necessary convicted, and I will discuss below the laws the armed forces follow, but I think we all recognise that being on a battlefield in active combat is a situation that is very different to what most people experience in everyday life, and therefore any law governing it must take that into account.

Personnel serving abroad are subject to a number of different types of law: firstly, all UK armed forces personnel must follow UK law as it is in England and Wales, just like the rest of us who live there. That means if they commit any act abroad while serving on an overseas operation that is illegal in England and Wales, regardless of the law of the country they are in, they can be prosecuted for it. Beyond that, they are also subject to services law, which is legislation that details offences only members of the armed forces can commit, such as being absent without leave, assisting an enemy, desertion, or hazarding a military ship. These can be dealt with by commanding officers, or tried at Court Martial. They can be military discipline issues, or criminal conduct, and can result in prison time much like civilian law. This service law is found in Section 42 of the Armed Forces Act 2006.

Armed forces personnel must also abide by international humanitarian law, which is more commonly referred to as the Law of Armed Conflict (LOAC) and is based on a number of treaties, including the Geneva Convention. The conduct in conflict is based on the principles of humanity, military necessity, distinction, proportionality, and precaution. International humanitarian law does not determine when a threshold for warranted military force is reached, or if a war is legal – these fall under what is known as jus ad bellum, which is international law on the use of force.

‘International Humanitarian Law (IHL) and international human rights law, while generally complementary, are two distinct bodies of law. While both bodies of law share some common goals—namely, to protect the lives, health and dignity of human beings—they do so from different perspectives. Importantly, IHL was specifically developed to regulate a unique set of circumstances: the conduct of parties to an armed conflict. In regulating such behaviour, IHL seeks to establish a balance between the war-fighting objectives of the adversaries and the requirements of humanity. In contrast, human rights law seeks to protect persons from abusive power by governments, the latter to be curbed through the assertion of individual rights. Consequently, whereas IHL aims to protect, so far as possible, certain categories of persons affected by armed conflict, and to limit (but not to eliminate) the methods and means of warring parties, human rights law sets out inherent entitlements belonging to all individuals.’

2.     The Presumption Against Prosecution

This aspect of the Bill is laid out in Part 1, clauses 1-4. Part 1, in short, explains that prosecutions of alleged offences by armed forces personnel (serving or former) when deployed on an overseas operation, must be brought within five years of the alleged offence, unless there are exceptional circumstances. Clause 2 explains the principle that prosecutions after five years ought not be prosecuted, unless there is a reason why it should be:

It has been reported that this presumption against prosecution means that no-one could be prosecuted after five years, and that this means that armed forces personnel basically get immunity for crimes they commit on overseas operations. This is entirely untrue – there is a presumption against, not a prohibition of, prosecution which means that if a claim is brought after five years and it appears to be without merit or evidence that suggests wrongdoing, the prosecutor is encouraged not to file any charges. However, if the prosecutor feels that there is a compelling reason to pursue a prosecution, for example, because they suspect a crime has been committed, then a prosecutor is still within their rights to press charges.

What this part of the Bill is intending to do is stop claims against personnel that will go nowhere and do nothing beyond causing distress to the person involved are not pursued. The presumption against prosecution doesn’t apply if a claim is brought earlier than five years after the event, only afterwards.

Sometimes allegations regard events in combat, where the person involved may have been in the most horrendous circumstances and fearing for their life. The five year time period also acts to prevent personnel from having to relive in detail some very horrible moments on the battlefield.

Initially, the Bill included sexual offences as the specified exceptions to the presumption against prosecution, meaning that there was no reason to lean towards not prosecuting these offences even after five years. The Ministry of Defence said that this was because of the Government’s belief that there can never be an interpretation of legitimate military duties involving such acts.

Some people argued that the Bill would allow armed forces personnel to commit acts of torture, war crimes, and crimes against humanity with impunity, because these were not originally listed on the list of exceptions. This was not the case because of what was discussed above, specifically that prosecutions for anything can still be brought after five years if there is good reason to believe that an offence has been committed. For example, this means that if someone committed a war crime and five years passed without a claim being brought, this Bill would not have stopped a prosecution from happening.

In the House of Lords stages, Lord Robertson of Port Ellen tabled the following amendment to clause 6 of the Bill:

Despite this clause not being necessary in practice, because these crimes were still prosecutable under the original Bill, the Government decided to accept Lord Robertson’s amendment in order to send a message that reaffirms the UK’s commitment to human rights. This clause is, therefore, a reiteration of other parts of UK law, such as the Human Rights Act 1998, which serves to highlight that the UK will not allow such human rights abuses to go unpunished. As the former Minister for Defence People and Veterans, Jonny Mercer MP, put it, ‘uniform is no hiding place for those who break the law’.

This topic was the subject of much lively debate, particularly in the House of Lords, where many former judges and other legal experts discussed the different legal interpretations and nuances of international law. I would recommend watching some of the debates if you are interested, as they are fascinating.

The issue of jurisdictions comes about due to Article 29 of the Rome Statute of the International Criminal Court (ICC). Article 29 says that there can be no time limits domestically on crimes that fall under the jurisdiction of the ICC, which war crimes do. As a result, if hypothetically the UK did not investigate an alleged war crime (the ICC has to find that a state is ‘unable or unwilling’ to do so), then members of the UK armed forces could find themselves being tried by the International Criminal Court rather than within the UK justice system.

While it is not the case, as discussed above, that crimes have a time limit for prosecution under this Bill, some felt that by not explicitly including war crimes etc. from the list of exclusions it implied that they would not be prosecuted so easily.

This issue is solved by the Government accepting Lord Robertson’s amendment above, which does now list war crimes and crimes against humanity, and therefore means that the ICC is far less likely to get involved with any UK investigation.

The ECHR is the European Convention on Human Rights. This is European law which is made part of UK law by the Human Rights Act 1998. ‘Derogating’ from the ECHR means not sticking to certain parts of it in certain situations, and this is allowed in the Convention under Article 15 which reads:

Derogation in time of emergency

This means there are certain emergency situations in which countries may deviate from the Convention. The important line is in paragraph 1, where it says this can only happen as long as the action is not ‘inconsistent with [the country’s] other obligations under international law’. This means countries can’t just do whatever they choose and say they are doing it in accordance with Article 15.

The Overseas Operations Bill originally had a clause 12, which stated: ‘In relation to any overseas operations that the Secretary of State considers are or would be significant, the Secretary of State must keep under consideration whether it would be appropriate for the United Kingdom to make a derogation under Article 15(1) of the Convention.’ In the debate in the House of Lords, it was pointed out that this clause in the Bill was superfluous, since it already existed within the Human Rights Act 1998, so the Government agreed to drop it from this Bill.

Derogating from the ECHR does not mean that a country is simply allowed to breach human rights law – Article 15 exists simply in recognition that there are certain extreme and unforeseen circumstances in which, despite the best of efforts, sometimes it is not possible to uphold all clauses in the Convention at all times, and accordingly litigation after the fact wouldn’t be appropriate.

It is my belief that this Bill will do good things for our armed forces by allowing them to know they are supported in their difficult, and often dangerous, roles. I have not covered every clause of the Bill extensively in this explainer, but please do not hesitate to get in touch if you have any further questions.