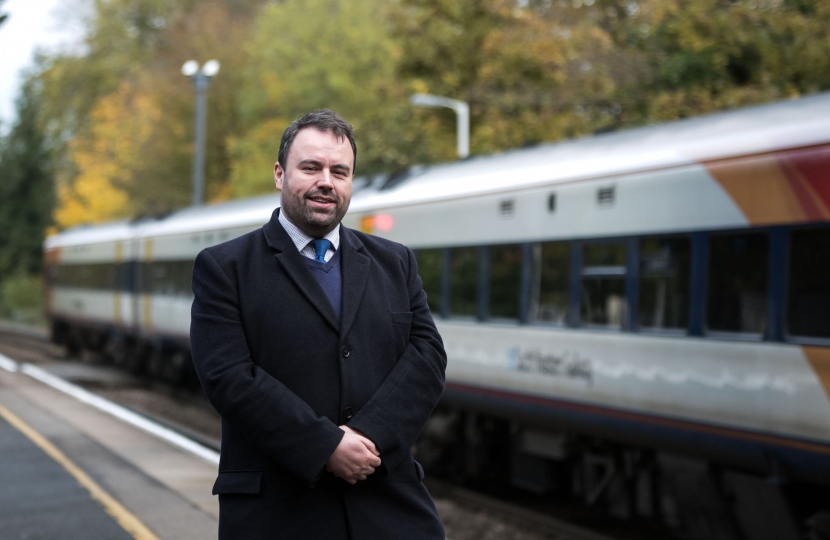 My article in The Times RED BOX 8th September 2020

If the UK’s battle against coronavirus has taught us anything, it is the importance of our essential industries. The impact of this disease on our communities and our economy has been devastating, not least on the passenger railway. There is a lot we can do now — let the regional enhancements burst out of the Network Rail planning locker, put them on the “up fast”, into action and draw them forward as soon as possible.

The totally unbalanced economic modelling towards city economies in a system called Webtag has just hit the buffers. The franchise system that has defined the railway for the past 25 years or so is gone — let us be under no illusion. A rail revolution is around the corner.

In my constituency of West Dorset I have been asking residents to let me know who their unsung heroes are during this challenging time. There are too many to count but, today, I would like to offer a personal thank you to those working in the rail sector; my former colleagues who have kept the railway running and, without whom, coronavirus would have hit much harder.

UK rail has delivered a service at a time of need. My own home station of Sherborne is, in itself, a good example of how Network Rail and contractors have been ensuring that key workers and important resources could be best used. The supply chain has risen to the challenge as well, with some rail manufacturers repurposing facilities at short notice to produce PPE and other essential equipment for the NHS. Others worked doubly hard to ensure our rail network is maintained.

Rail is not only a crucial industry in the battle against coronavirus, it is the nation’s arteries and it should be viewed as the central plank of our recovery. Investment in infrastructure will be crucial as Britain fights back to reverse the damage inflicted on jobs and livelihoods by this crisis; and we have, right now, a unique once-in-a-lifetime opportunity to speed up infrastructure investment in rail.

It should not mean the usual pipeline of big projects offering more London-centric capacity. Rail projects have often had a long lead-up time, but with the government’s “new deal” promising an infrastructure revolution, now is the time to speed up these projects for regional connectivity and to level up by getting spades in the ground.

The campaign to speed up rail enhancements spearheaded by the Railway Industry Association (RIA) leads the way on this. It urges industry and government to work together to bring forward rail projects, including all projects within the government list of planned upgrades to the rail network. This should be done nationwide, with a particular focus on investment in regions that need it most, while environmentally prioritised to reduce road pollution. This was a crucial pillar of the Conservatives’ successful election campaign last year and fits with the message of “build, build, build”.

I recently had the pleasure of (virtually) meeting former industry colleagues as part of RIA’s rail fellowship programme. There is unquantifiable enthusiasm from these key workers to help the country through this crisis, in the short term and the longer term. And work can be sped up, such as on the Kilsby Tunnel — a tunnel on the West Coast Mainline where a blockade to deliver repair works was accelerated and delivered quickly while passenger numbers were lower during the lockdown.

Rail is a subject very close to my heart. Before I was elected as an MP I had a 20-year career with the railway. I was latterly head of new trains at South Western Railway and I now proudly serve on the transport committee in Westminster. I know the importance of having a strong, modern and resilient rail infrastructure. Good connectivity is the backbone of a sustainable economy and, with the certain changes in demand, we will need to work differently.

As we look forward to re-energising the nation, let’s invest now, so we can come out of this challenging period; ready to level up and grow all parts of the nation, not just London.

Read the article in The Times RED BOX online 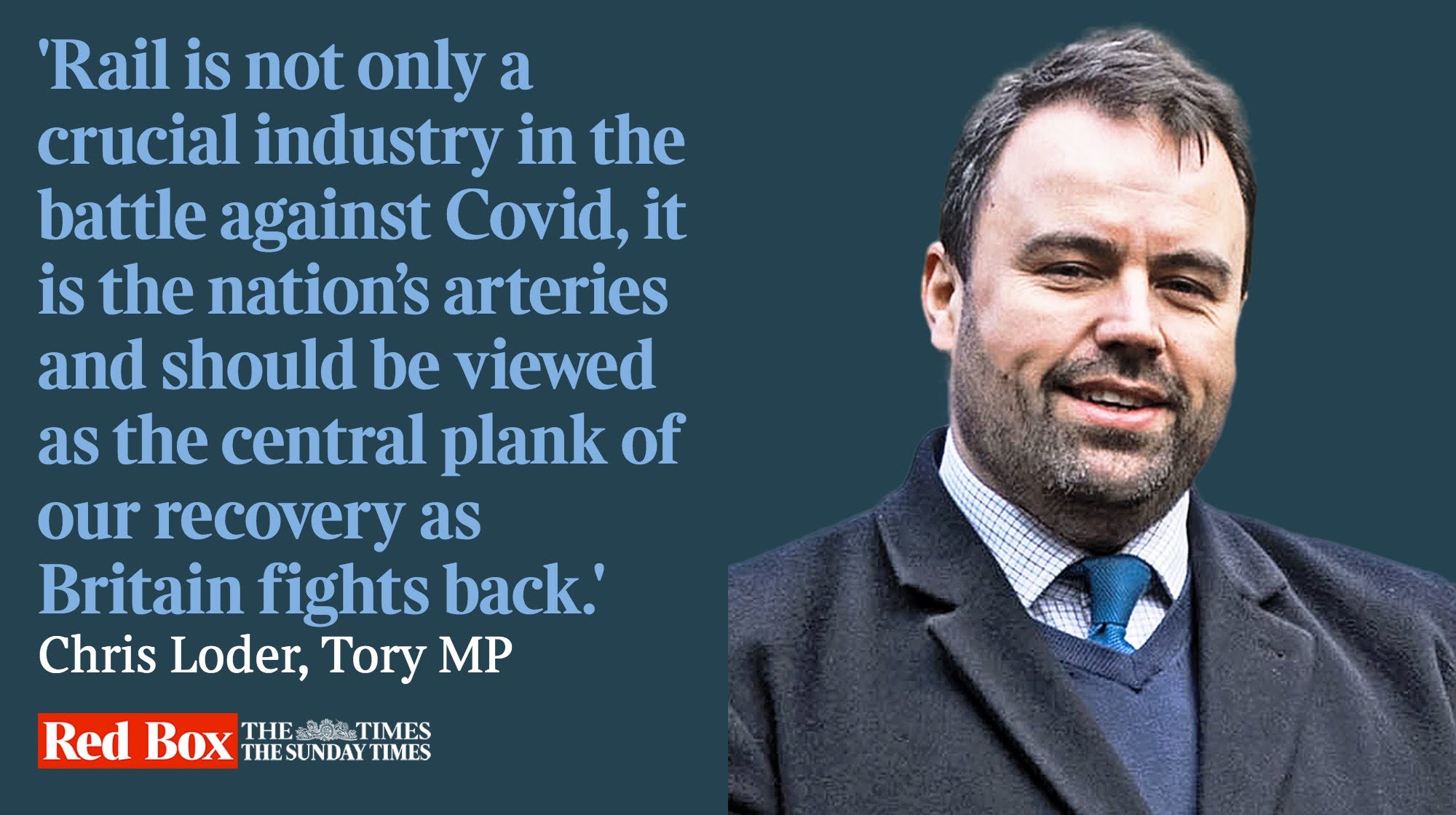