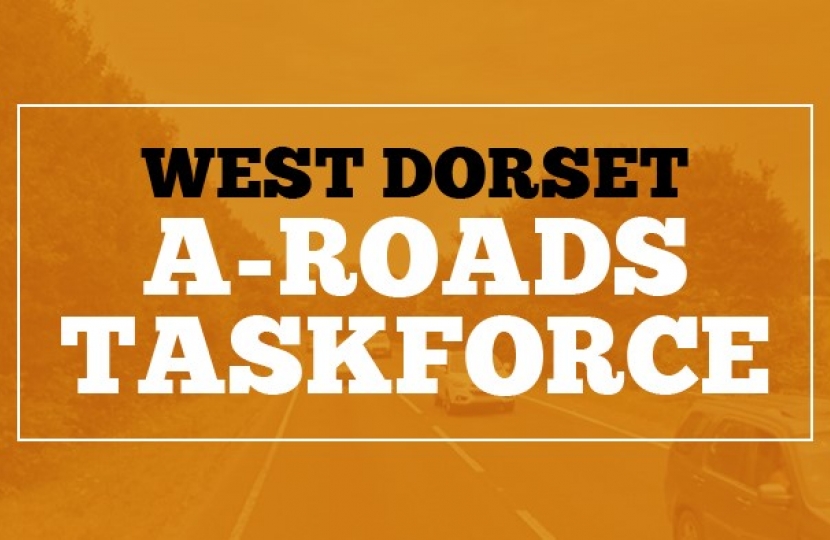 I have launched my A-Roads Taskforce to address urgent and long-term issues with Dorset’s main roads. The Taskforce had its first meeting on Friday 23rd April. The Taskforce includes representation from elected Dorset Council members, Dorset Highways, and Highways England.

It is vital that we get some focus to addressing key problems and act as a cohesive team to improve our roads in West Dorset, especially given the environmental and safety issues we face. The Taskforce will focus primarily on the A35, resolving tackling environmental pollution, flooding at Monkey’s Jump roundabout, the Dorchester bypass and congestion in and around Bridport and Dorchester. We are now working proactively towards solutions that reduce problems in our county’s other A-roads like pollution, speeding on the A30 near Sherborne, flooding at Grimstone and accident hotspots along the A37 at Sratton.

Feeling safe in the community, fighting rural crime and campaigning for extra police officers for Dorset. Supporting the PCC Elections in May 2021.

The Environment and Climate Change

Working to protect our natural resources. Environment Bill, improving air quality and ending use of single-use plastics. Against a National Park for Dorset.