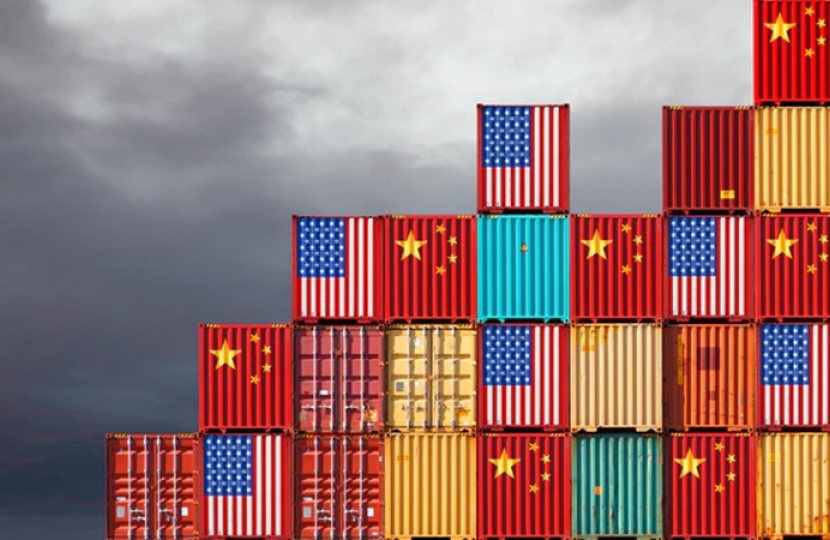 Lords Amendment 3E to the Trade Bill has caused a lot of concern, but unnecessarily so. The context surrounding the amendment is nowhere near as dramatic as what has been reported, and people have been told firstly that the Government was trying to make sure they were allowed to make free trade agreements with countries committing genocide, and that the Lords amendment would stop that happening. Neither of these things are true – as usual, the truth is much less belligerent.

From what people have said they were told about the genocide amendment, I am not surprised that so many people felt so strongly about it. Many people wrote to me, shocked to hear that the Government would consider trade deals with countries committing genocide, and asking me not to support the amendment. I was initially surprised that so many people were contacting me about the issue until I looked into how it had been reported and I understood the worry. The reports about the amendment have not always been accurate, and I hope that this explainer goes some way to clarify exactly what the Lords Amendment meant, and what the Government have done in light of it.

The Trade Bill, and now as of 29th April 2021 the Trade Act, is a piece of legislation of wide scope that lays out provisions about trade agreements that the UK is making independently after having left the EU. The Bill came to prominence in public discourse due to the so-called ‘genocide amendment’, which was particularly pertinent following reports out of China of the Communist Party was committing genocide against Uyghur Muslims.

Genocide is an intolerable crime not befitting of modern civilised nations. The UK takes many steps to help prevent and stop genocide where it occurs, and my ministerial colleagues have assured me that the Government takes genocide very seriously and is entirely committed to ensuring that its trade policy is consistent with the UK’s international human rights obligations and values.

Article II of the United Nations Convention on the Prevention and Punishment of the Crime of Genocide defines what genocide is, which is the definition used throughout these amendments. It reads as follows:

In the present Convention, genocide means any of the following acts committed with intent to destroy, in whole or in part, a national, ethnical, racial or religious group, as such:

There were a number of iterations of this amendment that bounced between the Commons and the Lords, but Amendment 3E is most crucial to the current state of affairs because it is the one which led to a compromise from the Government, which I will explain in more detail in section 3.  In short, the amendment sought to set up a Parliamentary Judicial Committee which could make a preliminary judgement of whether genocide is being committed, and oblige a response from the Secretary of State. On its face this seems very reasonable, but it has wider implications that I will go into.

Sections 1-5 of the amendment reads as follows:

This first part lays out the procedure by which a report of genocide would come to be debated and voted on in the House of Commons (the amendment also goes into the comparable procedure for the same to happen in the Lords). Simply put, the above means that a Select Committee would publish a report saying the believe genocide is happening somewhere, and this is then referred to the ‘Parliamentary Judicial Committee’ (which is new to this amendment and does not exist as it stands) who are able to make a preliminary judgement. In response to this, the Secretary of State must respond with the Government’s position to the Select Committee and, if the Select Committee is not satisfied with the response from the Secretary of State, they can insist that there is a debate and a Minister is obliged to arrange this.

The problem here is not to do with Select Committee scrutiny, or a response from the Secretary of State, or a debate and vote – all of these things are vital and are what the Government agreed in the end. Rather, this issue is with this ‘Parliamentary Judicial Committee’ which the amendment creates. Sections 11 and 12 go into more detail about what the Committee would entail:

There are two main problems here. The first is in section 11, which mentions ‘provision for or in connection with the establishment and funding’. The Commons disagreed here because ‘Amendment 3E would impose a charge on public funds’. While it is not prohibited for the Lords to add amendments that would cost money, financial matters tend to be dealt with by the Commons, as it is the Commons with financial privilege for Bills relating to money (for example, rates and taxation).

However, the main reason that the Government would not accept this amendment is because of the nature of the Parliamentary Judicial Committee itself. This objection goes right down to the very constitutional nature of how our country is governed in order to maintain democracy, that being that we have intentionally split powers between the Government (which, to a limited extent can act with executive function), Parliament (the legislature) and the courts (the judiciary). Because of what is written in section 12(a) that members of the Parliamentary Judicial Committee ‘must have held high judicial office’ (i.e. former judges), there was a large risk of merging the two separate functions of legislature and judiciary. Technically speaking, the PJC would be parliamentary and not judicial (despite the name), but because its members would be experienced and highly respected senior former members of the judiciary, it is highly likely that any judgement they make would be elevated in people’s minds to be a definitive, legal view.

The problem with this is that, in effect, a parliamentary committee would be interpreting the law, which is not the role of legislature. The legislature (Parliament) creates the law, where as the judiciary (the courts) interpret it. In the UK, it is the policy of the British Government that a determination of genocide is made by the independent, competent courts, which include domestic criminal courts and relevant international courts, rather than for governments or non-judicial bodies. The Parliamentary Judicial Committee falls into the category of non-judicial body, so constitutionally speaking this Committee would not be democracy as we know it.

This was summed up in the House of Lords by Viscount Younger of Leckie:

‘The key point is that this would strike at the heart of the separation of powers in Britain’s constitutional system, allowing the High Court to frustrate trade agreements entered into by the Government and ratified after parliamentary scrutiny. The noble and learned Lord, Lord Hope, raised a point about the separation of powers and the role of the courts. The Government’s position has consistently been that only a competent court should make determinations of genocide, and this does not entail the courts having the power to revoke trade agreements. State genocide is very difficult to prove in the judicial context—the evidential threshold is very high, and proceedings tend to be long and costly but the amendment would make it simple to bring vexatious allegations of genocide to the court as a means of putting political and international pressure on the Government.’

Underlying all of this is a very key point: the separation of powers is fundamental in a democracy to provide checks and balances, and ensure none of the three become too powerful. Therefore, even small infringements of this principle, however harmless it might seem, must be stopped in order not to set a precedent for further erosion in the future.

It became clear after numerous debates in both the Commons and the Lords that there was real strength of feeling about including safeguards against trade deals with countries committing genocide, and rightly so. Sir Bob Neill, the Member for Bromley and Chislehurst, a barrister and chair of the Justice Select Committee, tabled the following amendment, which eventually became Amendment 3C proposed by the Commons:

2A Free trade agreements and genocide

Similar to the Lords amendment, this one would ensure that if the responsible Committees publish a report which states there exist credible reports of genocide that may be occurring in the territory of a country with which the Government are proposing a new free trade agreement, Parliament will have an opportunity to insist on a debate and vote on the issue. The Government would first respond in writing to set out our position and, if further requested by the Committee, the Government would be bound by law to make time for a debate and vote in Parliament. The responsible Commons Committee will have the power, under the amendment, to draft the wording of the motion for Commons debate, while in the Lords it would be a motion to take note of the responsible Lords Committee’s report.

The amendment passed with 319 for the ayes and 297 for the noes.